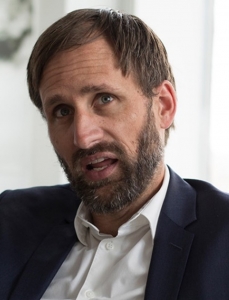 Dr. Philipp Rode is Executive Director of LSE Cities and Associate Professorial Research Fellow at the London School of Economics and Political Science. He is Co- Director of the LSE Executive MSc in Cities and co-convenes the LSE Sociology Course on ‘City Making: The Politics of Urban Form’. As researcher, consultant and advisor he has been directing interdisciplinary projects comprising urban governance, transport, city planning and urban design at the LSE since 2003. The focus of Rode’s current work is on institutional structures and governance capacities of cities, and on sustainable urban development, transport and mobility. He recently published ‘Governing Compact Cities: How to connect planning, design and transport’ (Elgar 2018), co-edited ‘Shaping Cities in an Urban Age’ (Phaidon 2018) and co-authored ‘Resource Urbanisms: Asia’s divergent city models of Kuwait, Abu Dhabi, Singapore and Hong Kong’ (2017), and ‘Towards New Urban Mobility: The case of London and Berlin’ (2015). Rode is Executive Director of the Urban Age Programme, manages its global research efforts and leads on its latest Task Force advisory initiative for the City of Addis Ababa. Since 2005, he organised Urban Age conferences in over a dozen world cities bringing together political leaders, urban practitioners, and academic experts. He co-directed the cities workstream of the Global Commission on the Economy and Climate in the run-up to the 2015 UN Climate Change Conference in Paris and co-led the UN Habitat III Policy Unit on Urban Governance. He has previously led the work on green cities and buildings for the UN Environment Programme’s Green Economy Report. Rode is a Member of the Board of Directors of the Institute for Transportation and Development Policy (ITDP) and Steering Committee Member of the Coalition for Urban Transitions led by the C40 Cities Climate Leadership Group and the World Resources Institute. He was awarded the Schinkel Urban Design Prize 2000.